Geometry: The study of shapes and their properties

Below are some terms that we learned during our geometry unit in math. 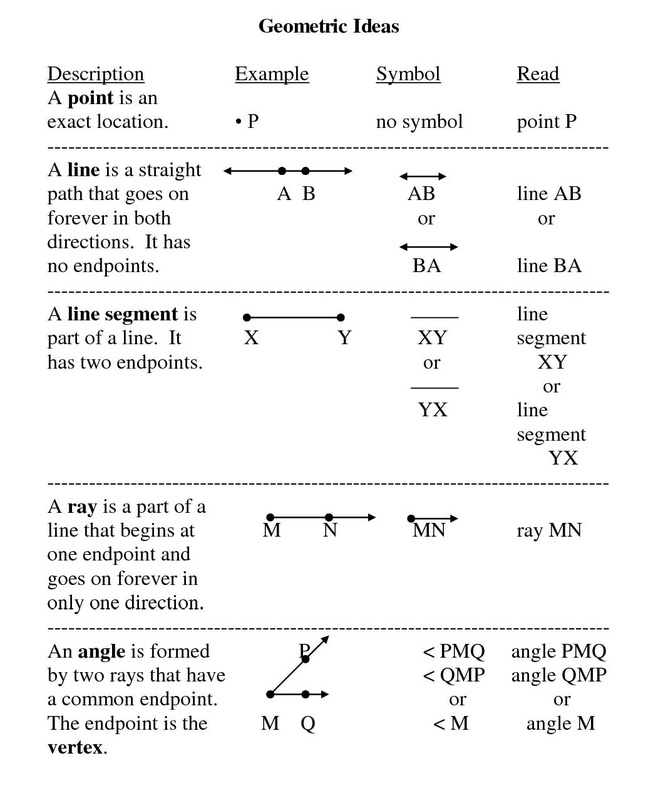 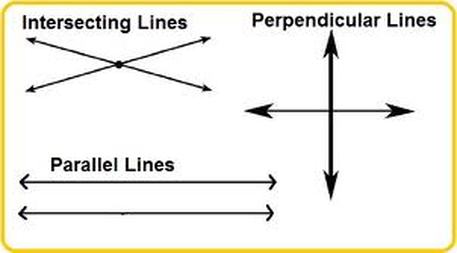 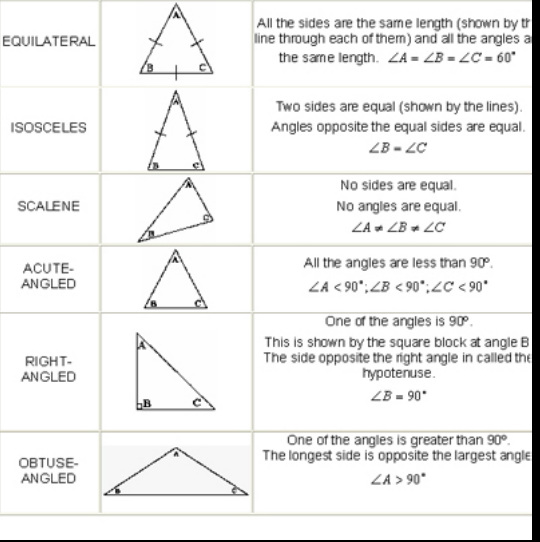 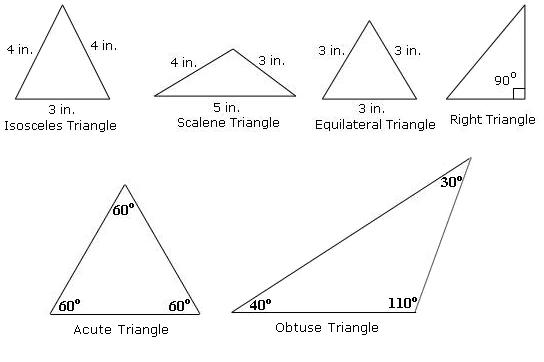 Quadrilaterals:  Polygons with 4 sides and 4 angles; more specific names are given based on the number of parallel sides, the number of sides of equal length, and the measurements of the angles.  Some shapes can be classified by multiple names: a square is a type of rectangle, a rhombus is a type of parallelogram, etc. 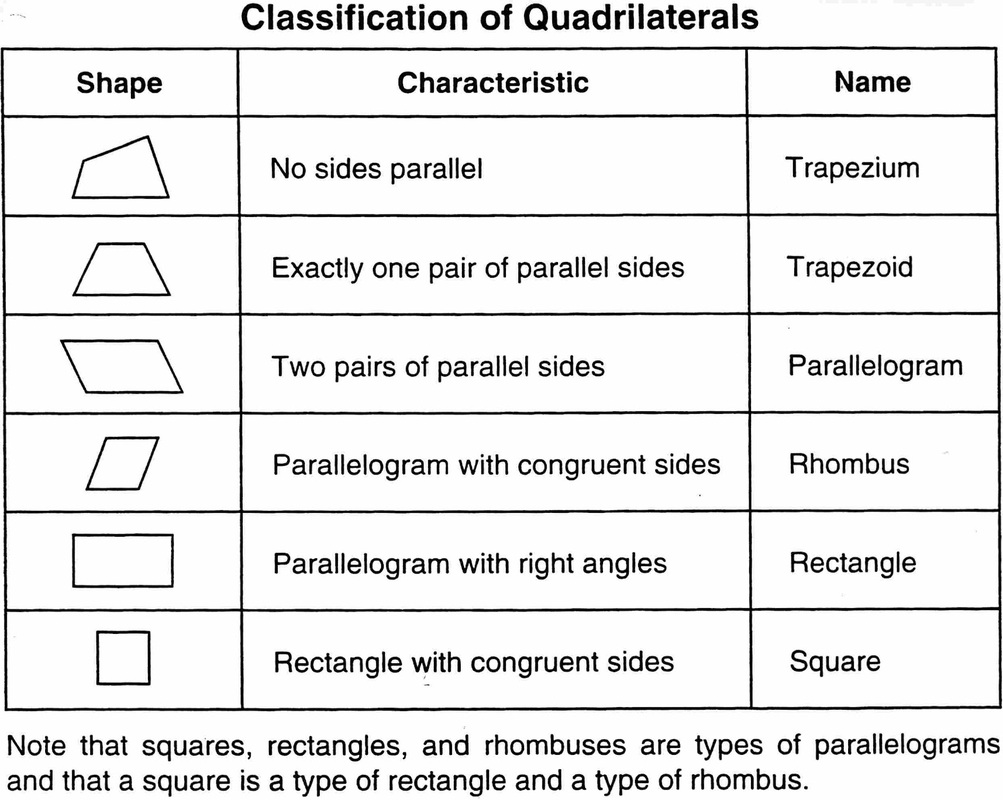