The citizens of America won the Revolutionary War and became independent of England.  The King, George III, was no longer in charge of America and the 13 colonies became 13 individual states.


After the Revolutionary War, the states got together to write the Articles of Confederation.  It outlined a "firm league of friendship" where the states agreed to work together to make America a strong country without England to rule them, but where states still made their own laws and controlled themselves.

Some citizens wanted a "nation" - one government to lead all the states and create laws for everyone/every state in the country to follow.

Other citizens were afraid of a "national" government because they thought it would be too powerful and act like a king to control the states and make laws that not all of the states would agree with.  They were happy with the states working together in a "federation" - a voluntary relationship where the states would make agreements about things that would affect the entire country, but there was no legal system that could enforce the agreements and make each state follow through with the laws.
"Because they knew that the country was sensitive to the word "national," they tried to stick to "federal," a word they were used to and one which didn't reduce the power of the states....The last thing they wanted was to become a 'nation.'  They were citizens of their own separate states, just as they had always been."  ("Shh, We're Writing the Constitution") 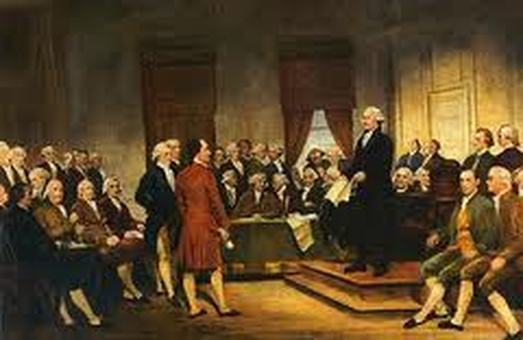 In 1786, the citizens of America suggested holding a convention to make amendments (changes) to the Articles of Confederation and improve the existing form of government.  During the Convention, the delegates (representatives of each state) discussed a plan - "The Virginia Plan" - which suggested creating one national government and giving it the power to make laws for the entire country, having courts to hold all citizens (and states) accountable to the laws, and having an executive branch to oversee the running of the rest of the government.  The delegates later agreed to creating a national government and wrote the Constitution - which explains how the government is set up and the laws for the country. 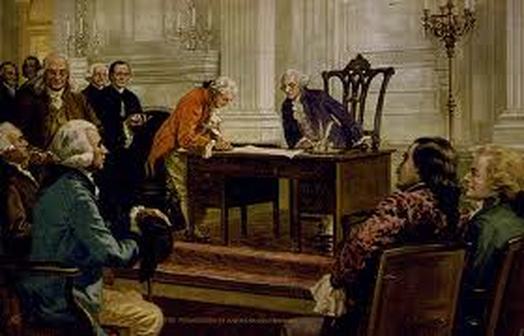 George Washington (1731-1799):  Served as commander in chief of the American army during the Revolutionary War.  He became the first American President and served from 1789-1797.

Alexander Hamilton (1755-1804):  Helped write the Constitution.  He served as the U.S. secretary of the treasury from 1789-1795.  He worked to improve industry, increase trade, and build a strong central government.

James Madison (1755-1804):  Served as secretary of state and later became the 4th president of the U.S.  He was nicknamed "the Father of the U.S. Constitution" because he hleped write it, and he sponsored the Bill of Rights.

Edmund Randolph (1753-1813):  Came up with the "Virginia Plan" which outlined the form of government the U.S. would adopt (3 branches) and fought for a national government at the convention.  He was the attorney general and secretary of state under President Washington. 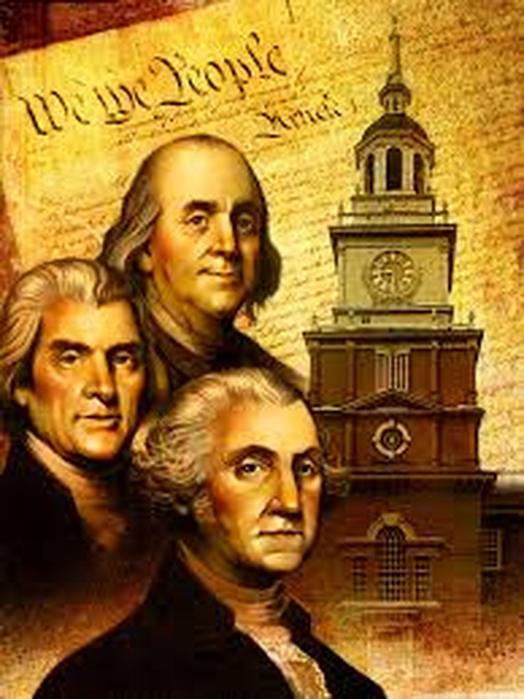 The framers of the Constitution had to make a lot of compromises to get all states to agree to ratify it and form a new government.

1.  States had to agree how many votes each state would get in the legislative branch (in order to make laws).  Larger states wanted votes/power to be determined by each state's population so that the bigger states would have more delegates and votes ("The Virginia Plan").  Smaller states wanted every state to receive the same amount of votes so their power would be equal ("The New Jersey Plan").  This disagreement led to the creation of 2 houses within the Legislative Branch: The Senate in which every state has an equal amount of votes, and the House of Representatives in which votes are determined by each state's population. 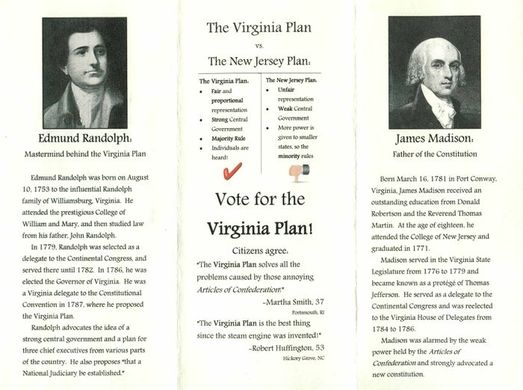 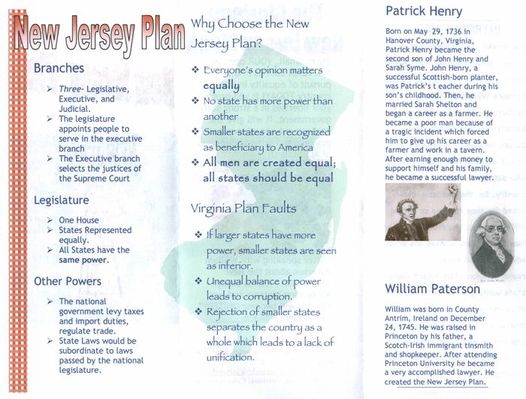 2. Another compromise, often called the Great Compromise of the 3/5 ths Compromise had to do with how slaves were counted as citizens.  The Southern states wanted to count the slaves so they could have more votes in the House of Representatives, but did not want to count them to determine how much taxes the states and citizens would have to pay.  The Norther states thought slaves should be counted to determine taxes, but that they should not be used to determine a state's population or power in the House of Representatives. 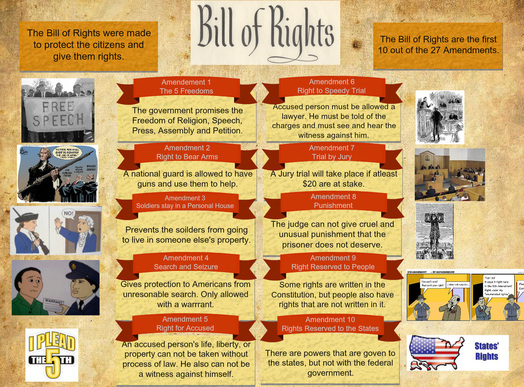